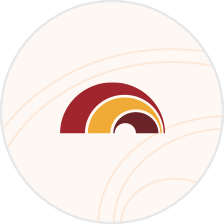 Our Kealakekua Branch is temporarily closed until further notice. ATM and night depository services are available. Safe Deposit Box access is available by appointment Monday through Friday, please call (808) 974-2170. Visit our Kona and Hilo branches for your banking needs, or access your accounts through FHB Online and the FHB Mobile app. Please check back here for updates.

The browser you are using is no longer supported.
We recommend using an alternative web browser (Google Chrome,
Mozilla Firefox, Safari, or Microsoft Edge) for the best experience.

In the 1840s, when whaling was the largest industry in the Pacific, Honolulu was the major port-of-call for supplies. Although general merchandise stores performed some banking functions, the whaling industry created a great need for more complete and dependable banking services.

In 1858, local businessmen, Charles R. Bishop and William A. Aldrich, recognized this need and opened Bishop & Co.—a banking partnership under the laws of the Kingdom of Hawaii. Their headquarters was located in a small, corner office in a building near Honolulu's waterfront which still stands today. The deposits at the end of the first business day were $4,784.25.

From the introduction of sugar and pineapple in the late 1800s, to the boom of tourism fueled by statehood in 1959, to the jet age and beyond, Hawaii grew, and so did we. In 1969, our name was changed to First Hawaiian Bank, the bank that says, "Yes!"

Today, we are one of Hawaii's largest financial institutions, with 54 branches in Hawaii, Guam and Saipan, and over $20 billion in total assets.

Investing in the future

Our commitment to Hawaii's future is visibly evident in our state-of-the-art headquarters building -- First Hawaiian Center -- which opened in 1996. This sleek, 30-story banking center and office complex is the centerpiece of downtown Honolulu.

To learn more about First Hawaiian Bank and its rich history, click on a time period below that interests you.

August 17, 1858 – Charles Reed Bishop, who had immigrated from upstate New York a decade earlier, and his partner, William A. Aldrich, opened Bishop & Co. -- the first successful banking partnership under the laws of the independent Kingdom of Hawaii. It operated from a basement room in "Makee & Anthon's Building" on Kaahumanu Street. Its successor, First Hawaiian Bank, today is the second oldest bank west of the Rockies.

Honolulu in the 1850s was a raw frontier town. Downtown was a mixture of one- and two-story Western style buildings surrounded by thatched houses. Whaling was still the big industry in the thriving little port and Bishop saw the need for a local bank. On the day Bishop & Co. opened, it took in $4,784.25 in deposits.

1878 – Bishop & Co. outgrew its little basement room and moved to the first home it could call its own, a two-story bank at the corner of Merchant and Kaahumanu Streets. To celebrate, the bank donated $25 each to the Ladies' Stranger's Friend Society, the British Benevolent Society, American Relief Fund and German Relief Fund. The building still survives as a law office on the makai side of Merchant Street, between Bethel Street and Fort Street Mall.

November 9, 1925 – New 75,000-square-foot headquarters opened on the prime downtown corner of King and Bishop Streets. The $750,000 building was named after Samuel Damon. By then, the bank had $22 million in assets and a half-dozen branches.

1933 – Name changed to Bishop National Bank of Hawaii at Honolulu.

1958 – As part of its 100th anniversary celebration, bank donated $50,000 to Bishop Museum for planetarium construction.

1962 —Hawaii's first "skyscraper" built on the same block as Damon building. At 18 stories and 225 feet high, the $5-million building was the first downtown structure taller than Aloha Tower. It had 149,000 square feet of floor space and a 300-car garage. First National Bank of Hawaii then had assets of $340 million, 35 branches and 728 employees.

1969 —Name changed to First Hawaiian Bank, which began to market itself as "The bank that says Yes." Dan Dorman, president since 1962, became chairman of the board and 27-year-veteran John Bellinger became president.

June 1, 1975 —First Hawaiian acquired former 11-branch Hawaii Thrift & Loan, which had been in financial difficulty. It was turned into First Hawaiian Creditcorp.

October 2, 1992 — First Hawaiian acquired East West Bank, which had one branch in Honolulu and one on Maui.

January 9, 1994 — The 1962 high-rise on the site of First Hawaiian Bank's headquarters was leveled by a spectacular dynamite implosion. That cleared the block for construction of the bank's new headquarters, First Hawaiian Center. Administrative offices were temporarily moved up the block to 1132 Bishop St.

May 15, 1996 — First Hawaiian acquired 31 branches in Oregon, Washington and Idaho from U.S. Bancorp. A new subsidiary, Pacific One Bank, was created from scratch and chartered in Oregon. Pacific One opened June 3, 1996, providing a platform for future Mainland expansion.

January-February 2001 – BancWest expanded into New Mexico and Nevada by acquiring 30 former First Security locations (23 in New Mexico, 7 in Las Vegas) with $1.2 billion in deposits and $300 million in loans. The branches, which were divested in connection with First Security's merger with Wells Fargo & Company, became part of Bank of the West.

May 7, 2001 – Board of BancWest entered into a merger agreement to accept BNP Paribas' offer to acquire the 55% of BancWest stock it did not already own for $35 in cash per share. The transaction, subject to approval by regulators and BancWest shareholders, is valued at $2.5 billion.

December 20, 2001 – BNP Paribas, one of the world's largest international financial services groups, completed its acquisition of the 55% of BancWest stock it did not already own. BancWest is now a wholly owned subsidiary of BNP Paribas. BancWest stock, which had been listed on the New York Stock Exchange, stops public trading. BancWest remains headquartered in Honolulu, under existing management. Bank of the West and First Hawaiian Bank continue to operate as separate institutions.

2010 – First Hawaiian Bank introduces POPmoney becoming one of the first banks in the nation allowing customers to send money electronically via email or mobile phone. 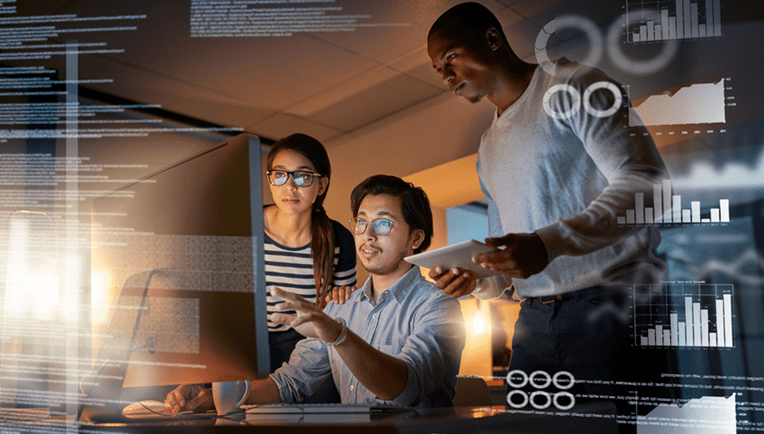 Our Core Systems Upgrade has been completed. To get the latest information on how updates to our products and services affect your account, [[click here to learn more | /important-changes-coming-soon]].

The FHB Online and Mobile Banking services are currently unavailable. We are working to resolve the issue. Please try to login later.

FHB Commercial Online, formerly known as OBC, is our powerful and easy to use online banking system for businesses.

FHB Commercial Online will be unavailable from: